I'll start with the design patents angle. You can also go directly to the antitrust and copyright sections.

When I read an article on Pixel, the Android smartphone made by Google, shortly after its official presentation, I saw a picture and (being an iPhone user myself) thought it was an iPhone shown only for the purpose of describing Google's aspirations and illustrating the competitive environment. But no. The image showed a couple of Pixels. It wasn't the following picture, but a somewhat similar one (this post continues below the image): 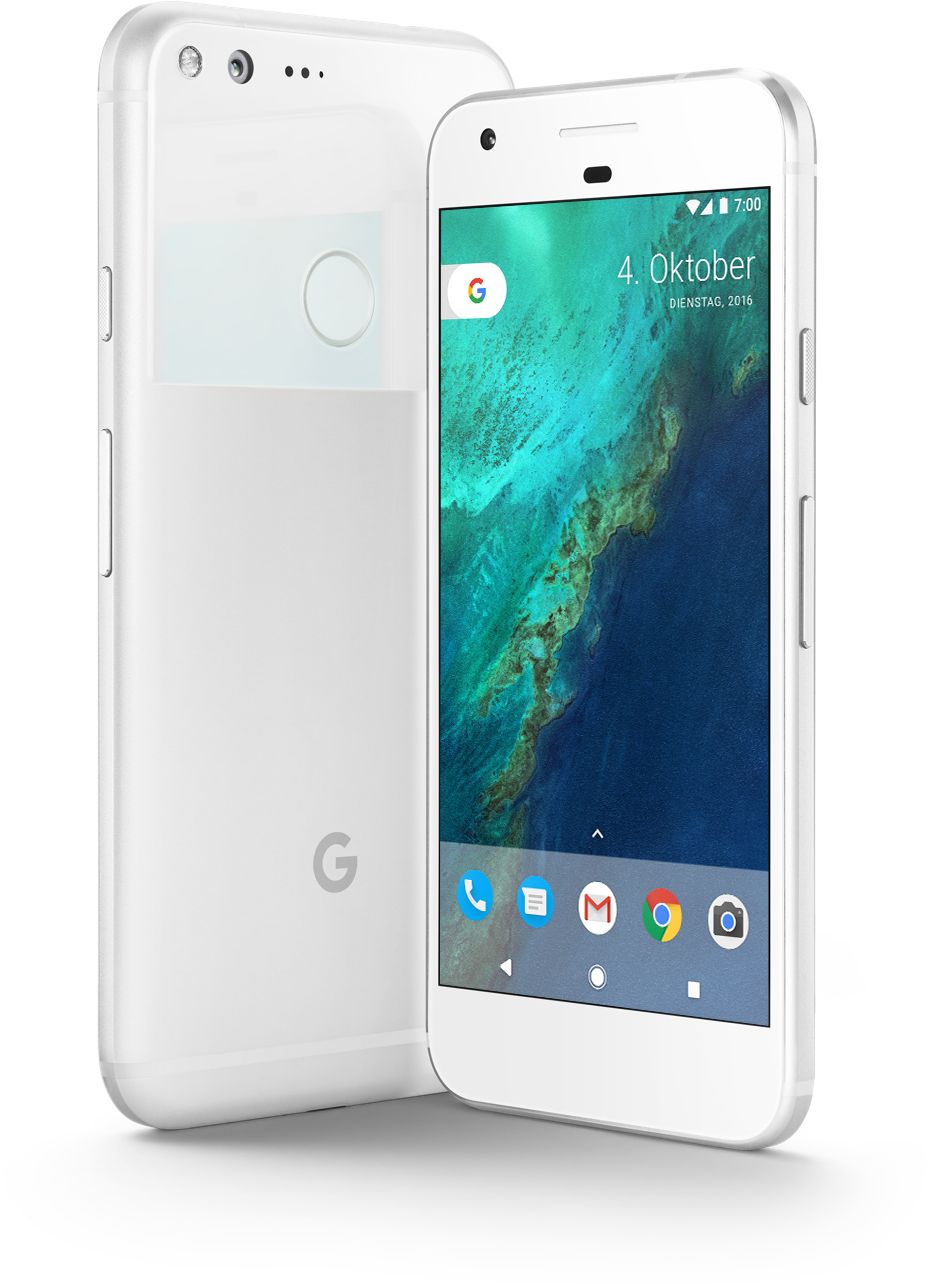 Then I read about the range of choices and the price points, and they were very iPhone-like, too. Another iPhone characteristic: hardware and software are made by the same company.

As I follow the Apple v. Samsung design patent case, I was obviously thinking to myself: is Apple going to sue them? And meanwhile at least one website, FastCo.Design, has raised the question in an article that quotes design patent expert Professor Sarah Burstein saying it wouldn't be impossible to imagine Apple at least sending Google a letter. Professor Burstein notes that "[t]he official test is it has to look the same to an ordinary observer" as opposed to a requirement for a "precise line-by-line copy to infringe."

I personally wouldn't dare to predict how a jury would decide. Firstly one would have to know exactly which design patent(s) Apple would pick from its portfolio to assert. A design patent on a large button below the screen wouldn't work at all (as you can see on the photo above); others, however, might very well stand a chance of passing the "ordinary observer" test.

Two and a half years ago, Apple and Google withdrew all patent infringement lawsuits pending against each other but didn't extend a license to each other (cross-licenses practically never include design patents anyway). Google even has kept on seeking the invalidation of certain Apple patents in different jurisdictions.

I guess the appetite between the two parties for comprehensive patent litigation each other is nil. I can't see why that would have changed since the spring 2014 second-class settlement. But they could duke it out over design rights without escalation of the throwing-in-the-kitchen-sink kind.

Apple could just wait and see how the Pixel is received. There are reports of demand already having exceeded Google's expectations, though some planned shortage may sometimes also be part of the marketing plan. Even if true, Google is probably still not going to move quantities that would have a huge impact on Apple's business. Design rights could still be asserted later, but obviously the story to present to the judge and the jury would be weaker if Apple elected to sit by idly for some time. Also, in my observation Apple really views design rights as a matter of principle. About five years ago it even shut down a small iPad lookalike in Spain. That was, by the way, the first time I fundamentally disagreed with Apple on something (I thought the criminal case that resulted from Apple's complaint to customs authorities was over the top, and it was fortunately dismissed later).

Talking about disagreements with Apple in the context of design patents, I wish to clarify something here. There is no question about Apple's leadership in design. Now it looks (to some people, at least) like Microsoft is making its own kind of iMac, though it is technically quite different. My position on Apple understandably seeking to defend the uniqueness of its products has not changed over the years. However, the focus changed on appeal. The higher up you go, the more it's really about general rules that must work for all comparable cases. Maybe 5,000 years ago, or maybe even today in some tribal communities somewhere on this giant planet, kings or elders or priests may adjudicate disputes without being bound in any way to statutory law and/or case law. Then one can decide and opine whatever. But I have three problems with Apple's design patent enforcement when considering the implications and ramifications for others:

In some ways, it would be harder for Apple to go after Google now than it was to sue Samsung in 2011:

A key lesson from Apple v. Samsung is that Apple suing someone for allegedly making iPhone (or iPad) lookalikes can actually have a positive marketing effect on the defendant, at least in some places. Far be it from me to impute such cynicism to Google, but I wouldn't be surprised if maybe the decision-makers who approved the Pixel project in this form, in addition to seeking legal advice on how to have the most defensible position under the circumstances, thought that a design lawsuit by Apple would be the best thing that could happen to them because it would make even more people aware of certain parallels between the Pixel and the iPhone. That, however, would probably hurt other Android device makers more than Apple.

I have no idea what Apple is doing, but should Apple take legal action in the U.S. or elsewhere, I could understand it. Still I wouldn't support software design patents, overbroad design patents, or draconian and devastating remedies, ever.

About six months ago, the European Commission sent a Statement of Objections (not a final decision but certainly something that puts recipients on the defensive) to Google over the way it controls the Android operating system and Android apps. While there are definitely some parts of the Commission's analysis that I agree with, such as market segmentation (very important in antitrust cases), there's a couple of things that make me (since I'll also release an Android app soon) a bit leary:

The EU Android case is about the search engine and about what others call an "essential facility" type of theory: device makers need Android, Google controls it and then imposes restrictions that protect its monopoly. It's not about Google competing with Android device makers. Not yet.

Psychologically, I don't believe the Pixel phone does anything to alleviate the Commission's concerns. It won't become an additional official concern anytime soon, but when the game master is a player himself, all sorts of issues come up. The big problem in sports-related competition law is that sports bodies set the rules (including the commercial rules) and usually also act as major commercial operators in the same field, competing with the clubs (and often unfairly). Google's Nexus phones didn't give rise to that concern; they were a showcase effort and Google partnered with a different manufacturer every year. But with the Pixel out there, the Android ecosystem looks more like a FIFA/UEFA type of setup than it used to (after Google divested Motorola Mobility's device business to Lenovo). I believe Google should, in light of the Pixel, give more flexibility to other Android device makers than before (while still ensuring that fragmentation won't make life even harder for developers like me).

Finally, what might Oracle (which just filed an appeal against Judge Alsup's latest ruling) do?

The Pixel runs on Android Nougat. It integrates the Java APIs on an OpenJDK (i.e., GPL) basis. I'm not going to go into the merits and technical aspects of this now because this is already a long post. Suffice it to say that Oracle would have to overcome three hurdles when going after Google over the Pixel:

I believe Oracle will do something sooner or later about Android Nougat, but my feeling is it will at least want to get the next Federal Circuit decision in the first Oracle v. Google case.